Discussion of Wages and Whistleblowers

In our efforts to make the behemoth and cornucopia that is California labor and employment law a bit more accessible, let’s continue discussing some of the facets of California’s law that may be different than other states or add on to federal regulations.

Maybe you think it would create an uncomfortable workplace. Stop. An employer may not prohibit employees from disclosing or inquiring about their own wages or the wages of another employee and may not retaliate against any employee who does. Such conduct may require you to engage in uncomfortable conversations with your employees but if you follow our guidelines from last part about keeping records and being clear on the bona fide reasons for wage discrepancies, you got no problem at all.

Adjacent to trying to avoid uncomfortable conversations, California has some of the nation’s most aggressive whistleblower protections. employers who are scrupulous about compliance generally have nothing to worry about from such scenarios but nevertheless it’s good to be familiar with them. You may not, as an employer, retaliate against and employee for being a whistleblower or for refusing to participate in activities that are violations of state or federal statutes, rules, or regulations.

Whistleblowers are employees who disclose information to the government or law enforcement with a reasonable belief that a violation of state or federal laws has occurred, a noncompliance has or is occurring, or unsafe working conditions are present in the workplace. Because many laws, including whistleblower laws overlap, err on the side of caution and laws that afford the greatest benefits or privileges to employees. 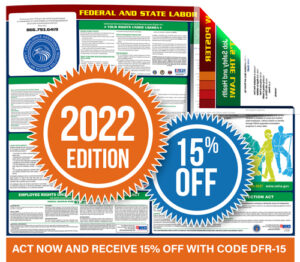